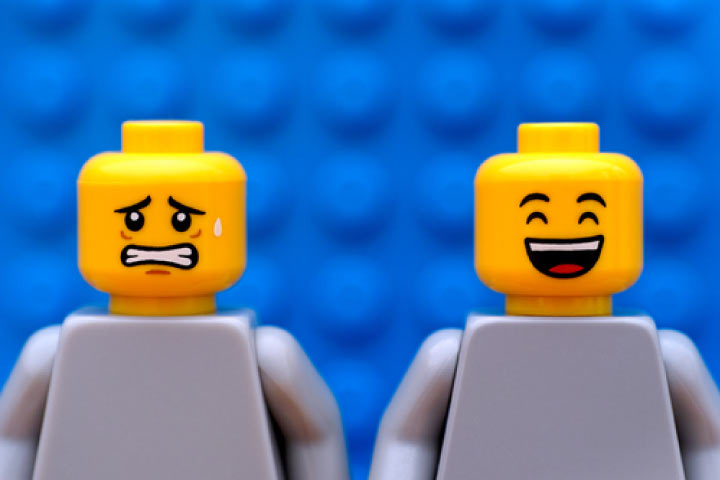 “In my second plan, I was allocated funding for a Coordinator of Supports. The NDIA mentioned that it can be a good idea to choose someone separate from your regular supports, so I chose an organisation (that happens to do other things as well), and agreed they would be my support coordinator.

They looked at my plan (I didn’t know I had the right not to show them all my plan, and it’s an uncomfortable position to be in when a service provider asks to see it), and they offered their other services. I managed to say no.

Well, this was a bad move- there was no one person allocated even though I kept asking who exactly my coordinator of support was. One of my regular support workers was eventually designated even though she admitted that she didn’t really know what the job was but thought it would look good on her CV!!

I felt overwhelmed at having to sort it out and didn’t know what to do. The icing on the cake was when I requested – a week in advance – evening support during a difficult time. The Coordinator of Supports (who was now my support workers manager, who was very thinly stretched and always took a long time to respond) eventually got back to me and said that they couldn’t find anyone for those shifts in the organisation, “sorry”.

I was never given options to contact other organisations for support or anything – just a “no, sorry, we don’t have any workers available”. I later found out from one of my support workers they didn’t even provide support after 6pm any more… Something else I wasn’t told! I was furious because the Coordinator of Supports only got back to me the afternoon before I needed support.

The Coordinator of Supports is supposed to help you find appropriate support, not just look within their organisation. They should also give you options and if you want to, have backup plans for crisis- not just a no sorry, we don’t have any people (not to mention they don’t work the hours I requested anyway!!) – so that’s my story of the “we can do everything” – but actually aren’t trained, don’t have the time, have poor communication and didn’t look outside of their own interests. I have since gotten an independent coordinator and also signed up with HireUp.”

The more you know about the NDIS in general, about your rights relating to the NDIS specifically, how to speak the NDIS language, and how to escalate issues within the NDIS system if they are not being resolved to your satisfaction – the more likely you are to get what you want, and avoid what you don’t want. Let’s be honest, this is time consuming, exhausting, and ever-changing. No sooner do you bring yourself up to date and heave a sigh of relief…when suddenly you get an email from the NDIS informing you of the latest update.

We all have different methods of learning, and the NDIS doesn’t necessarily support that (despite what the D stands for). We all have differing amounts of time, and we all have different states of emotional stability. This means that while some people are very capable of “studying” the NDIS until they know it forwards and backwards, the vast majority of people still have no idea what they are reading the 50th time they try. I found that often 5 page documents were just the same 3 paragraphs re-written in various different ways, and yet I had to read the whole document to be 100% sure of that…and then re-read it…and then re-read it again…

I can feel you all nodding your heads at me in sympathy, but wondering what on earth this has to do with the subject of the article. Well, this is one of the advantages of a “one-stop-shop”. Yes, you still have to do your initial research, and get through the planning stages with your Local Area Co-Ordinator (LAC), and get the funding/fight for the funding…but when you receive your approved plan, and you go in for your first Co-ordination of Supports (CoS) meeting, suddenly the clouds part and the sun starts shining down because what did they say? You don’t need to go elsewhere? They will take care of you and everything you need here? “Hallelujah” you think, and put away your multi-coloured highlighters, the towering stacks of printed gibberish, and begin day-dreaming about having an actual weekend…

The individuals this “one-stop-shop” assigns you will be a large part of determining whether this service model will work for you. If you are lucky and the individuals assigned to your case are all hard-working, empathetic, people who understand the disabilities they are dealing with, you have hit gold my friend, and why would you ever change a thing? However, there is a much greater chance you will be one of the unlucky ones, and get someone who is not qualified and/or overworked who will leave you feeling like an aftethought.

If your first experience of service provision under the NDIS is with a one-stop-shop that doesn’t listen to you, gives you bad or incorrect advice, makes you feel your funding is going to run out, or be used for things that are not beneficial…then who do you ask for support? If your only knowledge is based on this company who benefits from you remaining with them, and keeping the entirety of your funding package for themselves, which often means leaving you (or keeping you) in the dark…it can be a bit difficult to escape. You get stuck on the merry-go-round of referrals and staff changes within the company, with not a single recommendation or referral for an external service provider.

In NSW, the three LACs are Uniting, St Vincent De Paul Society NSW, and Social Futures. To my knowledge, other than Social Futures, these LACs also offer various NDIS services. This means that from the moment you have your first planning meeting, you might already be stuck in the merry-go-round of your nightmares. “Isn’t that a conflict of interest? Aren’t there checks and balances in place to prevent that kind of things from happening?” you might ask. To which I respond: yes, that is a conflict of interest, and yes there are technically checks and balances in place to prevent this kind of thing. For the most part, just declaring a conflict of interest is how this is handled.

I went to an NDIS provider engagement session, and this issue came up in the question time we were given at the end. The message we were given (as service providers) was that there is an entire team dedicated to ensuring these conflicts of interest do not occur. This is of course, what they have to say, and gives little insight into what is actually happening to people like Evie. More interesting was the explanation that originally Coordinators of Supports were meant to be independent service providers, ie; not provide any other service. However, due to a shortage, the rules had to be changed, and the option for service providers to offer Coordination of Supports was introduced.

It is also important to remember that the NDIS itself is a huge scheme being rolled out across the nation. The focus right now is on rolling it out across Australia to people already receiving support. The next goal will be to provide funding to those who have never received support before. Following that will come the time for fine-tuning and tweaking the system. This is less than ideal however, and means that reviewing plans, appealing decisions, and responding to complaints takes an incredibly long time.

As a result of this slow reaction time, and a system that is still loosely defined with many grey areas, some service providers are enjoying a bit of a “money-grab”, seeing you only as represented by the numbers in your plan. If in doubt, there are many community Facebook groups that are growing in size at an incredible rate. While it can be daunting entrusting private information in the form of a request for help on the internet, often these strangers care more for your best interests than a “one-stop shop” like the one from Evie’s story.